When I lived in Northern California, I was an independent manufacturers’ representative in the gift and apparel industries. I worked with a variety of retailers who were mostly small business owners. The competition was fierce, and the idea of working on 100% commission was daunting at first. But I just kept plugging away and eventually built my business by getting to know my clients and developing a trusted relationship. I also represented several strong lines that increased their sales. I just had to get in the door and discover what worked best for them.

In the early days of my career, I went into the stores in my territory on a regular basis and became a familiar visitor. There was a beautiful gift shop in the enchanting town of Pacific Grove called Lasting Memories. I had met the owner Olivia a few times and decided to stop by her store on my way home one day. She was locking the front door, and when I greeted her, she became rather agitated. It turned out that she wasn’t upset with me. Olivia found out that another one of my clients had opened a store down the street and was selling some of her best sellers from a kitchen linen line that I represented.

I told Olivia that I would get together with the other store owner and find out what was going on. I had no control over what they sold, but it was worth exploring. Ultimately, both owners agreed to place their orders directly with me so they could offer different patterns that best fit their clientele. Olivia was thrilled with the solution, and within one year, she became my #1 client. That was the year that I understood the true value of building customer relationships and the power of strategic planning.

The right strategy can create a positive outcome and lasting memories. 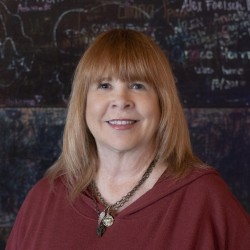 Caren Libby
Caren has a corporate and entrepreneurial background in web design, digital marketing, and project management. She also has a passion for photographing people and places in St. Louis and beyond. Caren can maximize your visibility and elevate your sales potential by building an engaging and dynamic digital foundation that brings your compelling business story and long-term goals to life.

Sign up for the Image Media Creative Studio Newsletter and receive Your Visual Brand Style Guide!